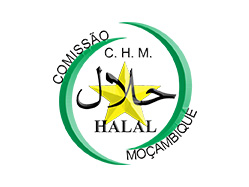 Founded in 2005, CHM is an independent, not for profit, Mozambique national body, founded by a group of Muslims with the objective of safeguarding the interests of the Muslim community in all Halaal matters. CHM certifies and promotes Halaal products which meet its stringent criteria.

To find out more, visit CHM’s website at www.halalmoz.com

Mozbife announces the first step in its expansion programme into North and North-Eastern Mozambique with a new site secured in Nampula at Avenida do Trabalho, No 92, Nampula. The development will include a full butchery [...]

Mozbife announces the expansion of its Manica retail outlet following a period of rapid expansion in sales. Mr Naude joined Mozbife in February 2014 as Chief Operating Office and since then has developed and intimate [...]

Mr George Naude is promoted to Mozbife General Manager, replacing Mr Euan Kay. Mr Naude joined Mozbife in February 2014 as Chief Operating Officer and since then has developed an intimate knowledge of the business. [...]

Mozbife announces the opening of its new butchery in Beira taking its retail estate to three butcheries in Beira, Chimoio and Tete, and a further two retail units at Manica and Cambinde. The Beira butchery [...]