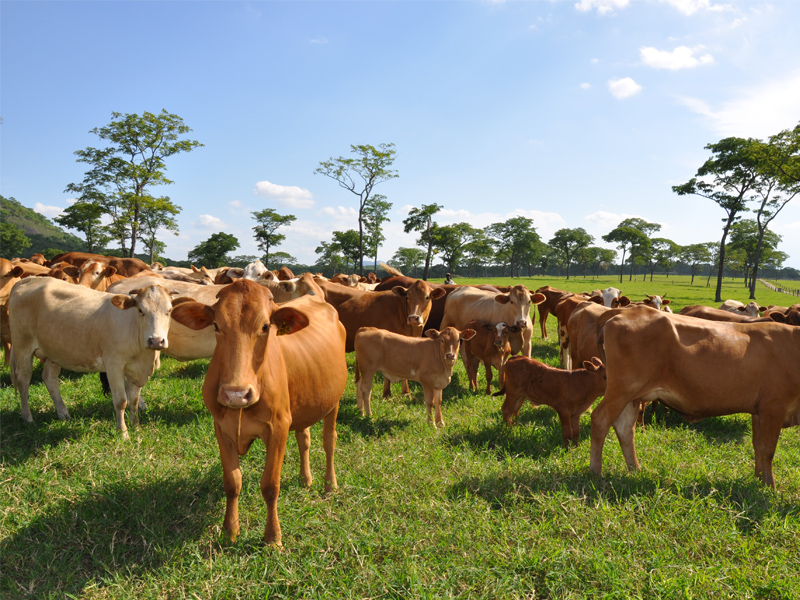 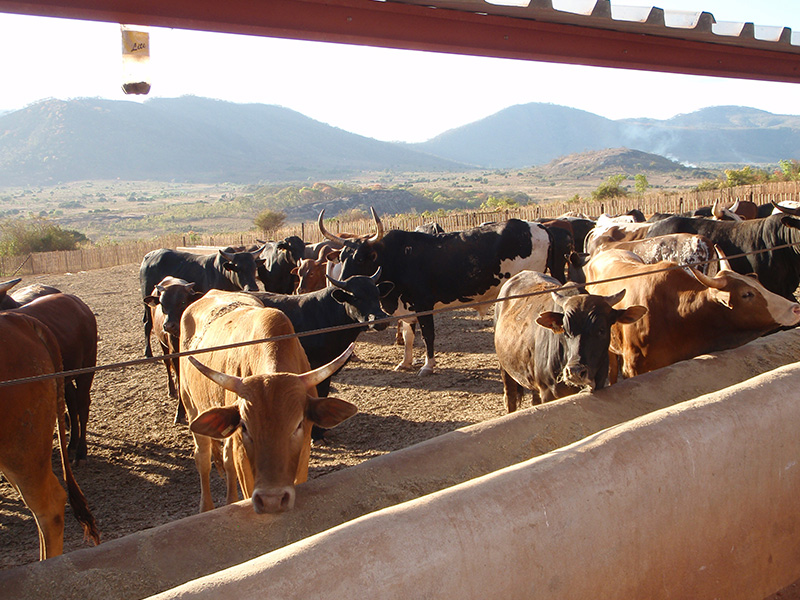 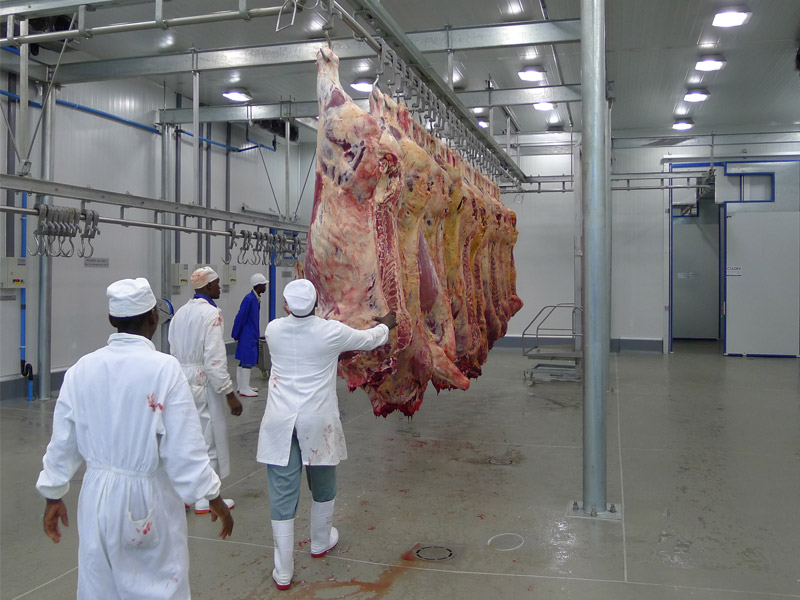 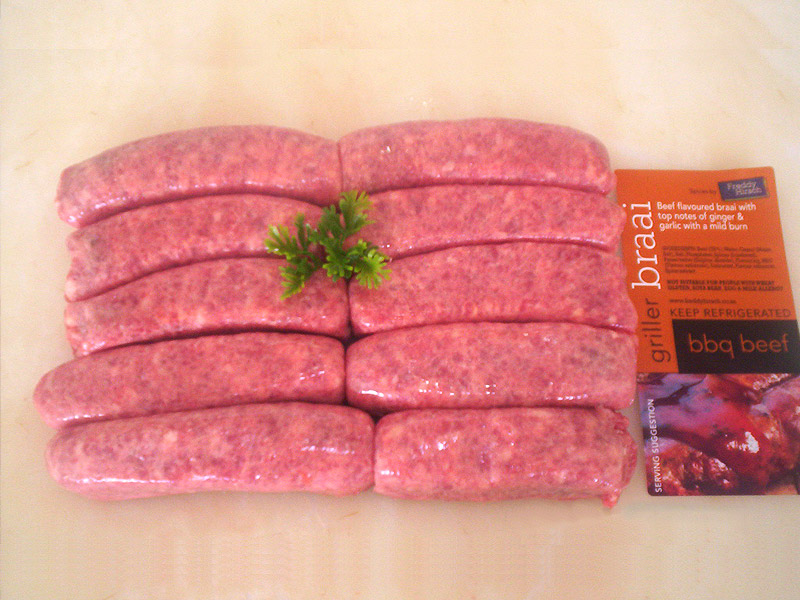 Mozbife was formed in 2009 and since then we have evolved to become a true ‘field to fork’ producer of the highest quality beef and beef products. Our animals are sourced from our own farms and local community cattle, fattened at our feedlot, slaughtered at our abattoir and sold through our own retail outlets.

Our farms are stocked with approximately 6,400 head across a mix of high quality Beefmaster cattle, other imported South African cattle, and local Mozambique cattle such as Brahman and Mashona. By implementing a state of the art breeding programme, we are developing a strong, high quality meat-yielding herd which is the cornerstone of our ‘field to fork’ business.

In 2011 we completed the first phase in the development of our feedlot at Vanduzi, thereby allowing Mozbife to control the final fattening process of our animals to provide the highest quality of meat. The Vanduzi feedlot has expanded significantly and currently holds around 1,800 head with a current capacity of 3,000 head. With 1,350 hectares of land for crop and hay production, Vanduzi provides a significant proportion of the feed needed for the feedlot itself.

In 2012 we opened our state of the art, Halal certified abattoir in Chimoio, which is capable of processing up to 4,000 animals a month. Additionally, our on-site cold storage facilities allow us to hang our carcasses for up to 28 days, enabling us to produce the highest quality meat for direct sale to our customers, or for distribution amongst our butcheries and retail outlets.

Our first butchery outlet opened in Chimoio in 2012 and was rapidly supplemented by sites in Tete in 2013 and Beira in 2014. Our butcheries receive carcasses directly from the abattoir, and butcher them to our customers’ requirements on site. In addition, we have two smaller retail outlets in Manica and Moatize which sell pre-packaged products from our abattoir.

We are now expanding our distribution network into North East Mozambique through a distribution and retail outlet in Nampula, which we expect to open in early 2015. This site will serve as a hub for smaller outlets in the area.

At Mozbife we are consistently striving to maintain the highest standards, enabling us to deliver the highest quality beef products available in Mozambique and internationally so that we may meet our goal to become the preferred supplier to our customers.